The Third Pole – Himalaya Process can be traced back to the Third Pole Environment Program Workshop convened in Reykjavík, Iceland in 2011. Over the years important steps have been taken and the Process is ongoing.

The Third Pole Environment Program (TPE) Workshop was convened in Reykjavík, Iceland at the invitation of the President of Iceland and the University of Iceland. The TPE was then recently established. The workshop was devoted primarily to presentations on the most recent scientific findings in the Third Pole Region, on efforts to initiate and sustain regional and international collaboration on scientific research, and the impacts of climate change on the region.

The Third Pole Environment (TPE) workshop was organized in collaboration with the Government of India and the Wadia Institute for Himalayan Geology in Dehradun. Attended by scientists from across the Third Pole – Himalaya Region with a prominent participation from China. Focus on scientific efforts and the need for greater collaboration in the Region. Presentations on scientific methods developed in the Arctic and how they can find application in the Third Pole Region.

The Himalaya – Third Pole Circle meeting at the sidelines of the first Arctic Circle Assembly, held in Reykjavík, Iceland. Organized in collaboration with ICIMOD and the Skoll Global Threats Fund. Prominent scientists and policymakers from across the Third Pole Region contributed to the proceedings. The two-day program was a combination of presentations and deliberations. The meeting constituted the first exploration of the possibility of preparing a comprehensive climate assessment report on the Hindu Kush Himalaya Region.

2015: The HIMAP meeting in Kathmandu

Organized at the invitation of His Majesty Jigme Khesar Namgyel Wangchuck, King of Bhutan, in collaboration with the Royal Government of Bhutan. Also in collaboration with ICIMOD and the Skoll Global Threats Fund. The proceedings were built on earlier efforts, in particular the 2013 meeting in Iceland. It explored the state of affairs in scientific research in the region but focused more prominently on efforts to communicate and disseminate information for policymaking and political establishments.

At the fifth Assembly of Arctic Circle in Reykjavík, Iceland, Indian scientists presented on the way in which a warming Arctic is resulting in changes in the behavior of the Monsoon. This can have deep seated consequences for agriculture and food production in South Asia. The scientists also explained the importance of data collection in the Arctic for the purposes of scientific research on southern latitudes in Asia. 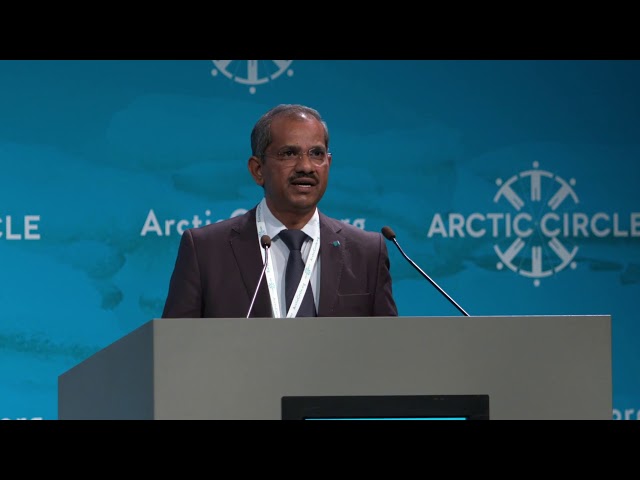 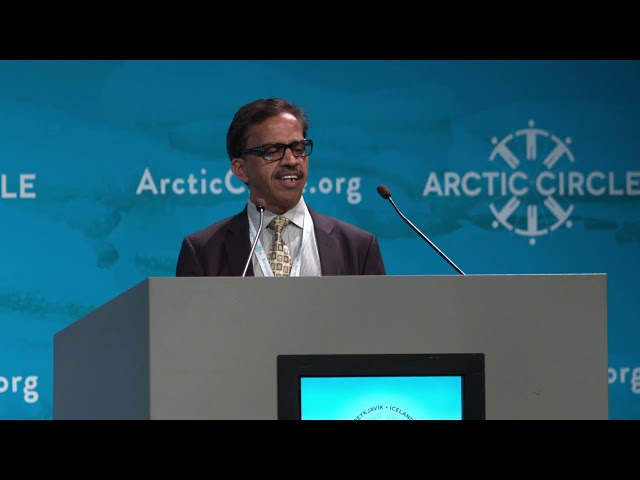 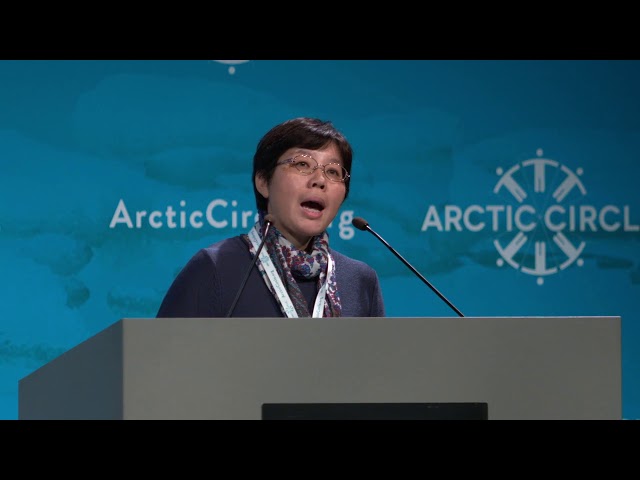 Series of meetings were held at the Arctic Circle Assembly in Reykjavík, Iceland, under the title The Arctic and the Third Pole - Himalaya with experts from the Third Pole Environment (TPE), Eco Forum Global, Nia Tero and Conservation International.

The Session "Environment and Climate Change at the Three Poles" was organized at the Arctic Circle China Forum in Shanghai. The Session was convened by Prof. YAO Tandong, Chinese Academy of Sciences.

2019: Keynote at the Arctic Circle Assembly

Professor Yao Tandong gave a keynote speech on cryosphere changes in the Third Pole Region as a result of climate change. He also discussed the importance of collecting data in the Arctic for scientific efforts to understand weather patterns in Asia. 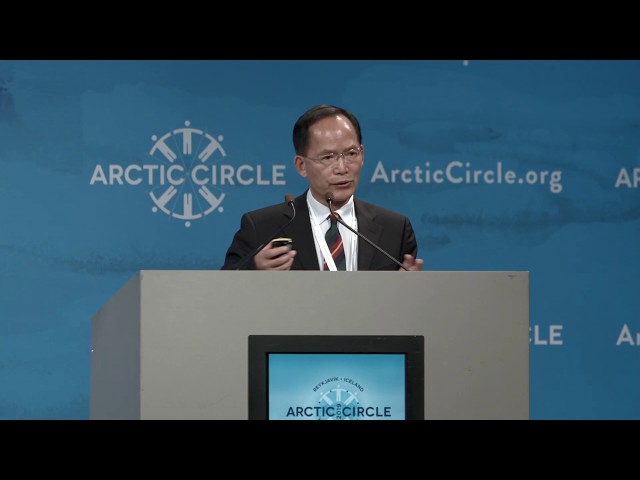 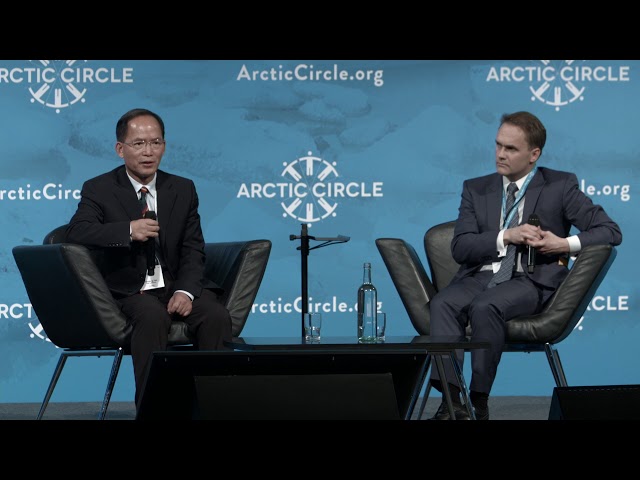 Representatives from the Third Pole Environment (TPE) and Arctic Circle held a joint seminar to discuss extending their fruitful cooperation. The need to connect glacier-related research in the Third Pole Region and the Arctic was discussed.

At the 2019 Abu Dhabi Sustainability Week, Ólafur Ragnar Grímsson, Chairman of Arctic Circle and H.E. Dr. Thani, UAE Minister of Climate Change and Environment (MOCCAE) signed a memorandum on Arctic Circle Abu Dhabi Forum. The focus will be on the Arctic experience and how it can serve as a model for the Third Pole Region.

2021: A VIRTUAL Dialogue Prior to the Abu Dhabi Forum

A VIRTUAL dialogue was held prior to the Arctic Circle Abu Dhabi Forum. Joining the discussion were the Director General of ICIMOD, Dr. Pema Gyamtsho, and Dr. Eklabya Sharma, Coordinating Lead Author of the Hindu Kush Himalaya Assessment. They explored how the Arctic Model of Collaboration can serve as an inspiration for the Third Pole - Himalaya.

The Third Pole Process was introduced to the Arctic community of scientists, officials and decision-makers at the Greenland Forum. A Session devoted to the topic was attended by Senior Arctic Officials from across the Arctic, scientists who have organized historic research expeditions in the Arctic, along with officials and academics who have engaged in an effort to effectively disseminate scientific findings to the policy-making establishments across the Arctic and beyond.

The Third Pole Process was prominently featured on the agenda of the 2022 Arctic Circle Assembly.

A Plenary Session dedicated to the Third Pole Process was opened with an address by H.E. Guðlaugur Þór Þórðarson, Minister for Environment, Energy and Climate, Government of Iceland; Chairman, Arctic Council 2019-2021. His address was followed by two comprehensive speeches on the nature and purpose of the Third Pole Process and presentations about the scientific efforts in the region and efforts to initiate and promote cooperation across national borders in the region.

A Breakout Session displayed an engagement between scientists active in cooperative efforts in the Arctic over the years and insights from diplomats and policymakers about the Third Pole region. Representatives of the Government of India made invaluable contributions to the open dialogue.

The Opening Session of the Assembly featured a presentation of the Arctic Policy of India from high-level representatives of the Government of India, highlighting the constructive avenues of communication between the Arctic and the Himalaya – Third Pole region. 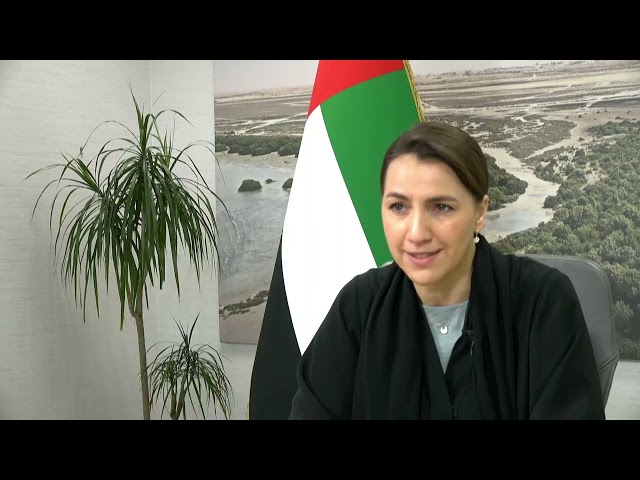 The Third Pole Process at the 2022 Arctic Circle Assembly 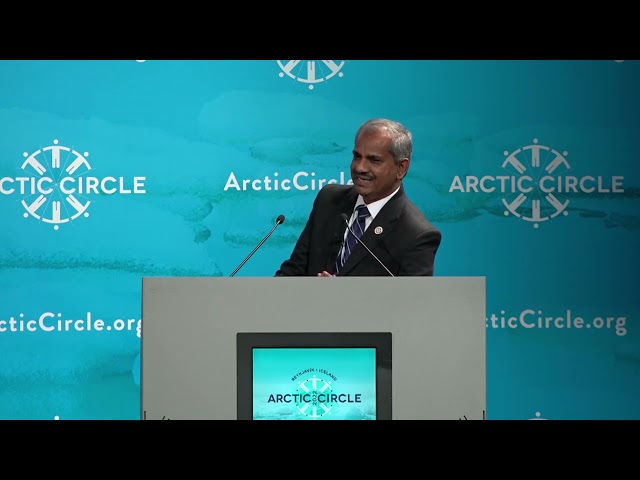 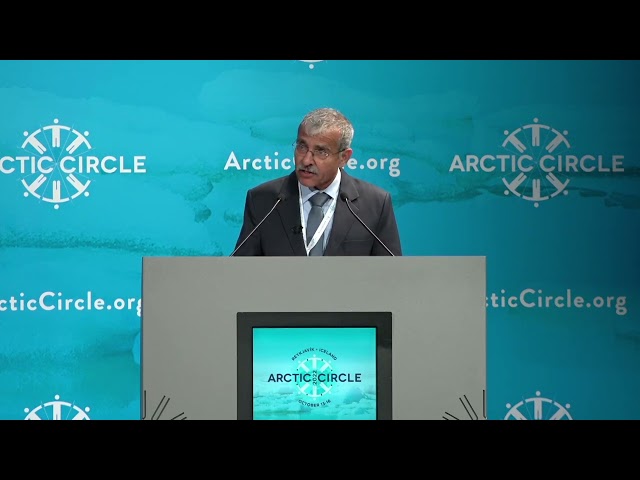 Arctic Circle and the United Arab Emirates Ministry for Climate Change and Environment organized a Dialogue on the Third Pole Process in the UAE Pavilion at COP27 in Sharm El-Sheik, Egypt. The dialogue was opened by Arctic Circle Chairman Ólafur Ragnar Grímsson and the UAE Minister for Climate Change and Environment, H.E. Mariam bint Mohammed Saeed Almheiri. Chairman Grímsson and Minister Almheiri layed out the rationale of the Third Pole Process and discussed the upcoming Arctic Circle Abu Dhabi Forum taking place in conjunction with the Abu Dhabi Sustainability Week on January 17-18, 2023.

Presentations were also delivered by H.E. Guðlaugur Þór Þórðarson, Minister for Environment, Energy and Climate in the Government of Iceland and Chairman Arctic Council 2019-2021. The Minister reiterated his commitment to the Third Pole Process.

The final opening presentation was delivered by Sara Olsvig, International Chair, Inuit Circumpolar Council, who discussed how Indigenous peoples are included in the institutional fabric of the Arctic and how that could, in addition to other elements, be a model for the Third Pole.

Thus, the Third Pole Process became an integral part of the COP27 in Egypt. On the sidelines of the climate conference, both Dagfinnur Sveinbjörnsson, Arctic Circle Emissary on the Third Pole, Climate and the Oceans and Chairman Grímsson discussed the Third Pole Process and the upcoming Abu Dhabi Forum with representatives from numerous countries, organizations and institutions.